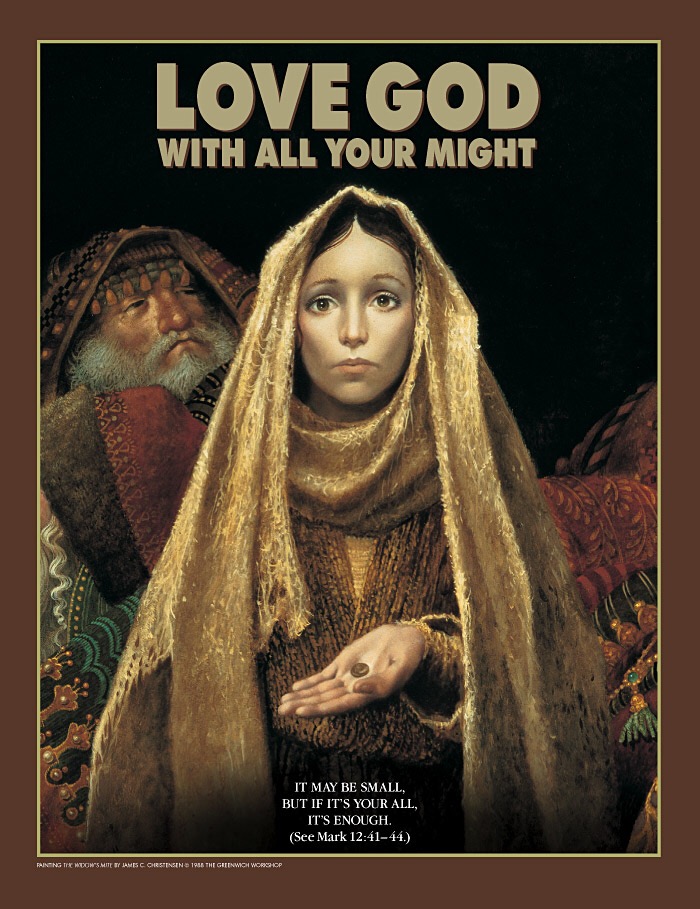 While Jesus was in the Temple, he watched the rich people dropping their gifts in the collection box. Then a poor widow came by and dropped in two small coins. “I tell you the truth,” Jesus said, “this poor widow has given more than all the rest of them. For they have given a tiny part of their surplus, but she, poor as she is, has given everything she has.”
Luke‬ ‭21‬:‭1-4‬ NLT

On Tuesday, Jesus continues to be incendiary. In the temple he argues with the cheif priests and teachers of the law. He tells the parable of the wicked tenants. He discusses taxes and resurrection and the line of David.

Generally, these are referred to as the “temple controversies.” Jesus is controversial. He comes to embody God’s word, which has always been in direct opposition to the the priorities of the powers of the world.

God’s way is not about power, prestige or wealth. Or at least, not as the world defines them. In God’s definition, power comes through weakness. Prestige comes through humility. And wealth can be found in a heartfelt gift, no matter how small its worth.

So it is on Holy Tuesday, in the temple, Jesus points out the small donation of a poor widow. Though she gave little, in the eyes of Heaven, her gift is great. Because it was all she had.

It was what Jesus  would give as he lays down all that he is as a sacrifice later in the week. For you. For me. For everyone.

This Holy Week, may you know that God’s way is not the way of this world. May you know what it is to find power in your weakness, prestige through humility and wealth in the giving of your heart. May you be inspired to give all you have – mind, body, spirit – to the One who gave it all for you. 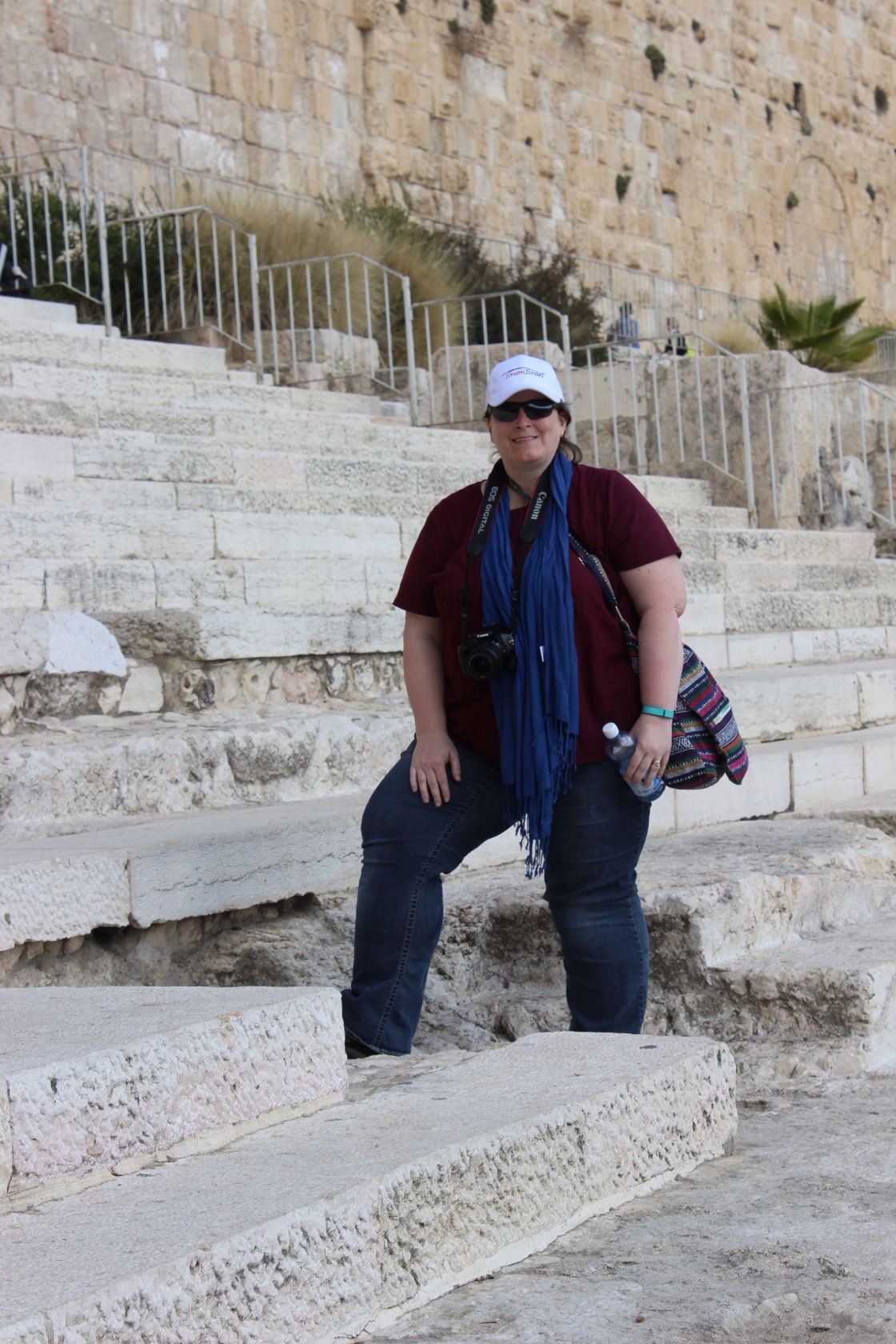 My friend and co-VBS-leader, Kim, standing where Jesus was: the Temple steps. 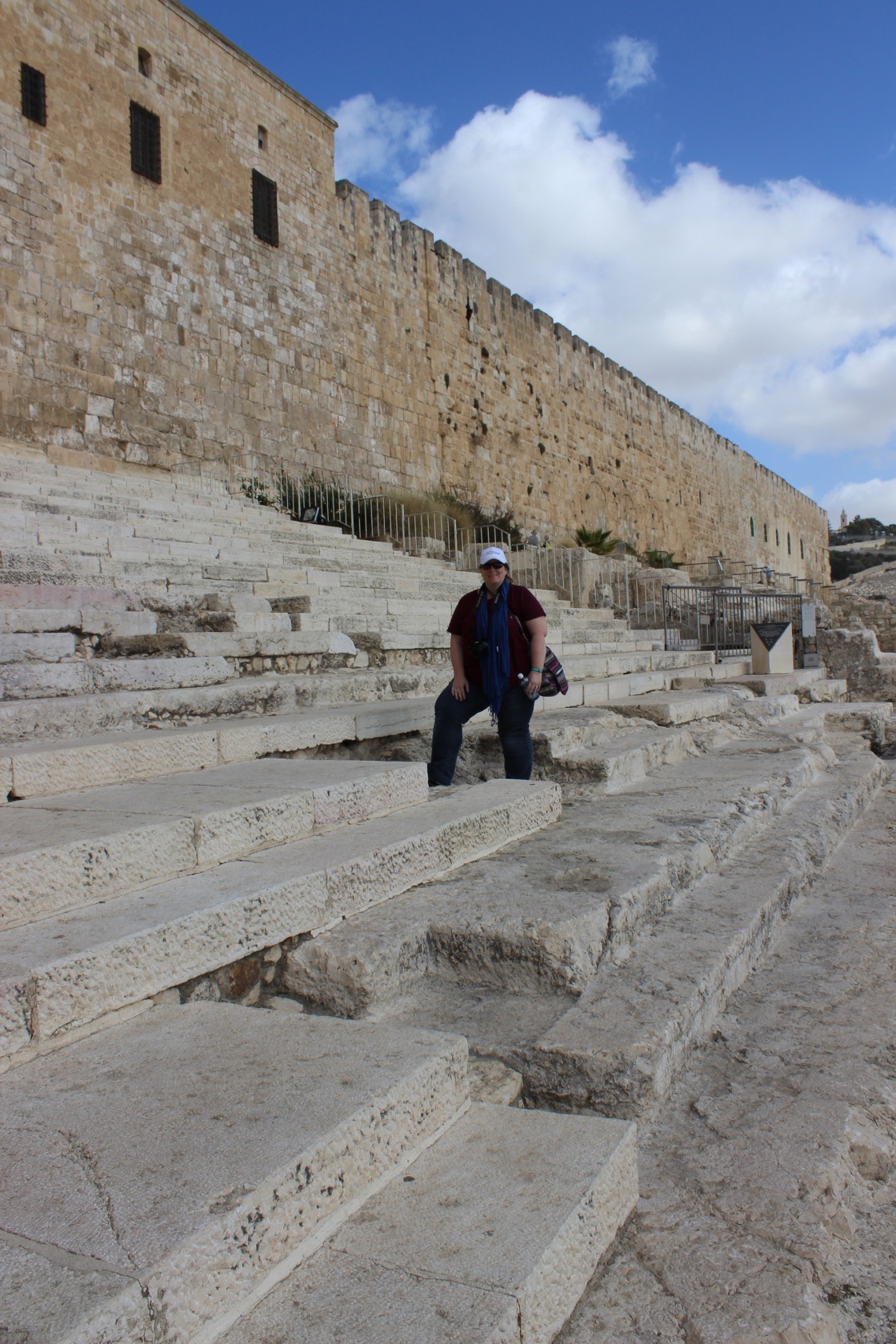 And a longer view… 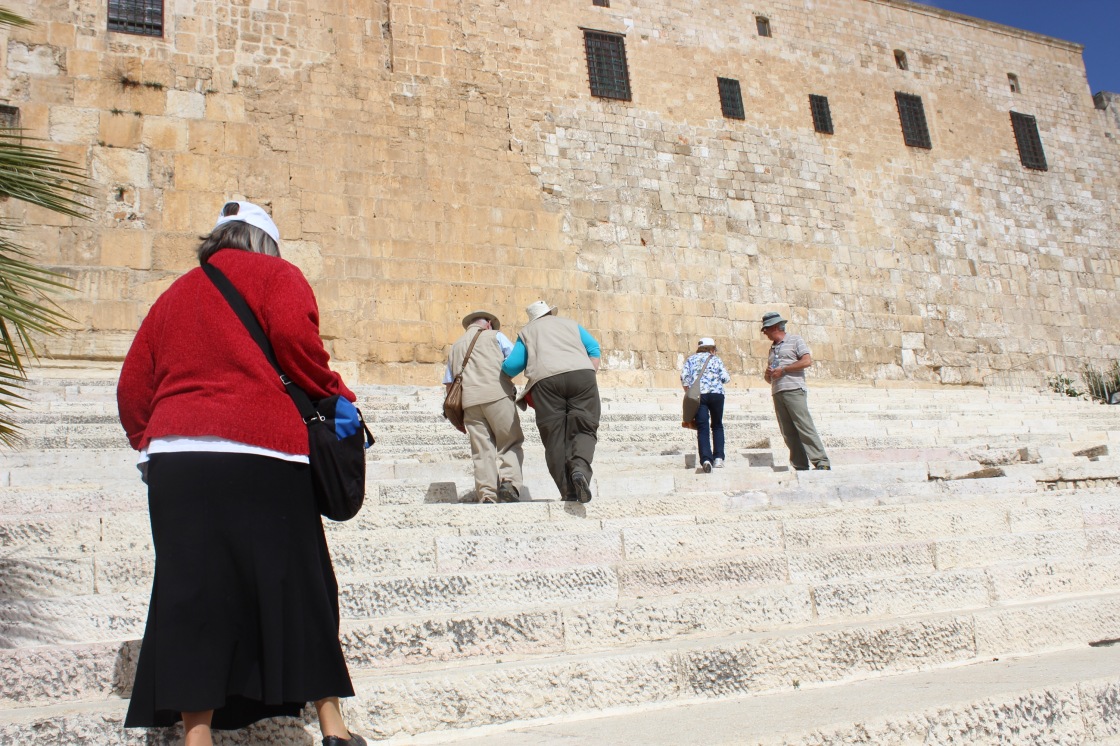 Some of our pilgrims making their way up the steps.