In Christ Alone (Watch this video, it is worth the 5min or so of your time!)

Saturday evening, when the Sabbath ended, Mary Magdalene, Mary the mother of James, and Salome went out and purchased burial spices so they could anoint Jesus’ body. Very early on Sunday morning, just at sunrise, they went to the tomb. On the way they were asking each other, “Who will roll away the stone for us from the entrance to the tomb?” But as they arrived, they looked up and saw that the stone, which was very large, had already been rolled aside. When they entered the tomb, they saw a young man clothed in a white robe sitting on the right side. The women were shocked, but the angel said, “Don’t be alarmed. You are looking for Jesus of Nazareth, who was crucified. He isn’t here! He is risen from the dead! Look, this is where they laid his body. Now go and tell his disciples, including Peter, that Jesus is going ahead of you to Galilee. You will see him there, just as he told you before he died.” The women fled from the tomb, trembling and bewildered, and they said nothing to anyone because they were too frightened. Mark‬ ‭16‬:‭1-8‬ NLT

I love the ending of Mark’s Gospel. It leaves us on a cliff hanger. It leaves us uncertain. As to what will happen next. Some things are so big and so wonderful they become frightening. The poets used the world “sublime” to describe something so beautiful that it was frightening to behold.

The Ressurection is sublime.

There are no words. This day we remember the very center of our faith: that on the third day, he rose again. He broke the bonds of sin and death forever. If God had never granted another prayer, never healed another body, never again made a way where there was no way, this day would be more than enough reason to praise him for eternity.

We are an Easter people. We are a people of the ressurection. And that means that even on our worst day, we know alife that triumphs over death, a light that shines in the darkness and a hope that will not be kept down.

May your Easter celebration be beautiful: full of life and light and joy and love. May you know the source of all life and may you know that on this day, as on every day, He is making you new. 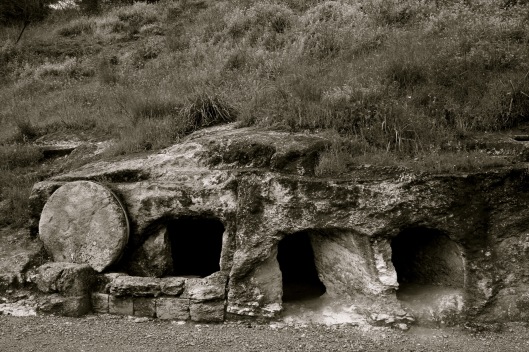