“And the Word became flesh and dwelt among us, and we beheld His glory, the glory as of the only begotten of the Father, full of grace and truth.” ‭‭John‬ ‭1:14‬ ‭NKJV‬‬

“The Word became flesh and blood, and moved into the neighborhood. We saw the glory with our own eyes, the one-of-a-kind glory, like Father, like Son, Generous inside and out, true from start to finish. John‬ ‭1:14‬ ‭MSG‬‬

“So the Word became human and made his home among us. He was full of unfailing love and faithfulness. And we have seen his glory, the glory of the Father’s one and only Son.” ‭‭John‬ ‭1:14‬ ‭NLT‬‬

The Gospel According to John always tells the story in a different way. Matthew, Mark and Luke are concerned with the facts, the when and the what and the how. But John wants to get to the why.

If Matthew, Mark and Luke are biographies, John is a Theo-graphy. He doesn’t just tell the life story of Jesus, he tells the God story of Jesus.

And yet, he chose to put on flesh and move into the neighborhood. To become one of us. To accept the limits of human existence.

And so, hope – our hope – was born in Bethlehem. 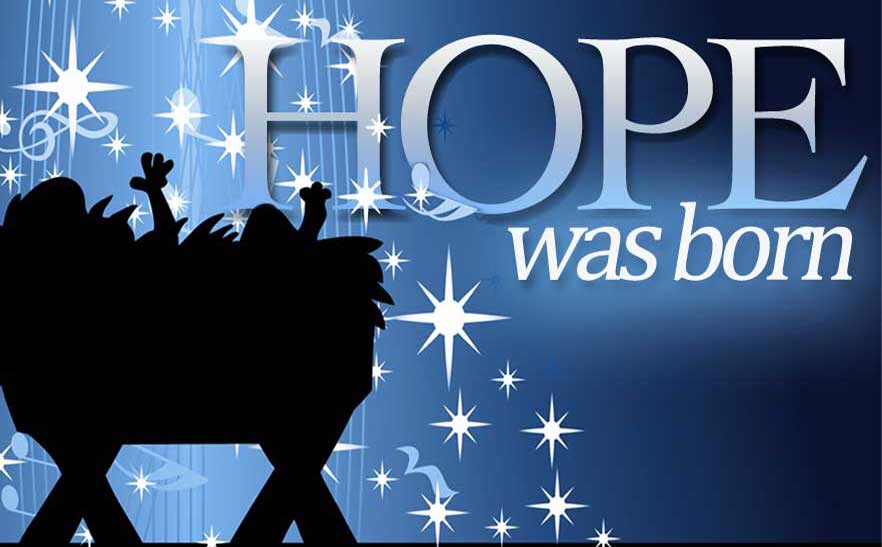 2 thoughts on “Hope was born…”