This is my commandment: Love each other in the same way I have loved you. There is no greater love than to lay down one’s life for one’s friends. John‬ ‭15:12-13‬ ‭

So today is Valentine’s Day, but it is also Ash Wednesday – the official beginning of Lent. I saw a meme posted on Facebook by one of my colleagues that said, “What am I doing for Valentine’s Day? Working and reminding people of their inevitable deaths.”

That’s what Ash Wednesday seeks to do – to remind us that we are all mortal. Our time will end. As John Ortberg once said – no matter what else changes, the death rate of the human race remains steady at about 100%.

Even though our news media continually confronts is with stories of untimely death – car accidents, boating accidents, people lost to hurricanes or earthquakes or avalanches, people lost to murder or gang violence, soldiers killed in the line of duty, individuals lost to disease or complications from surgery. Death is, actually, all around us. But we don’t like to think of our own inevitable death.

Because when we do stop to think of it, we are confronted with needing to do something about it. To prepare in some way. And that is precisely why Lent begins with this reminder that you, me, and everyone we know, will eventually die. Reminded of that, we are called to action – in the case of the Christian, we are called to put our faith in the One who can (and more importantly WILL) deliver us from death to eternal life.

So on this day when Love is so crassly commercialized in much of our society, may you think on death. And may you be reminded of the truth that the greatest love anyone can have is to lay their life down for their friends. Jesus did that. He did it for you, and for me, and for everyone else who isn’t going to get out of here alive.

Amen. And thank you, Jesus. 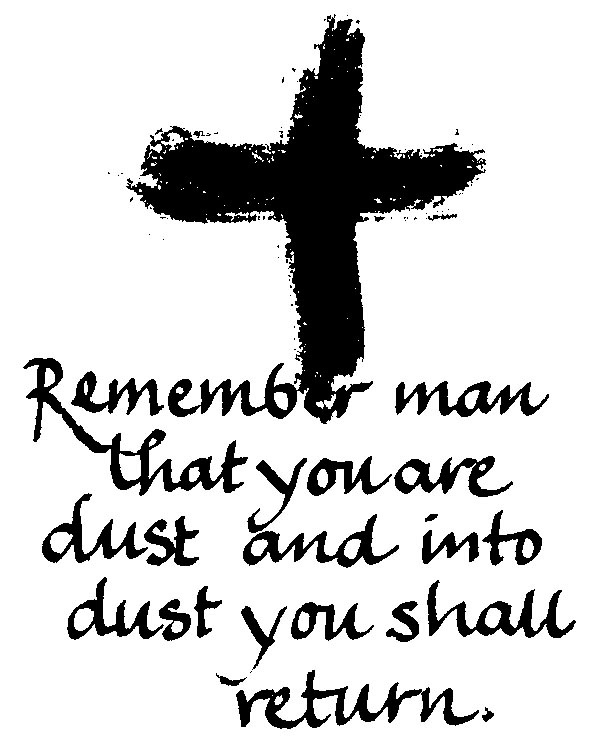